Welcome to the tenth edition of Alt-F4, breaking into double digits! This week, Recon419A returns to present a compelling argument, this time about how you should go about setting up the borders of your empire. Next, trupen does some science and dives into some of the rare annoying aspects of Factorio. Lastly, stringweasel has some corrections of last week’s issue of Alt-F4 on the origins of Nauvis.

One of the biggest challenges in Factorio—and in my opinion one of the most fun—is dealing with the constant stream of biters that come to attack your base. From the earliest gun turrets you build to the late-game artillery outposts you set up, dealing with biters is one of your two main consumers of resources—the other being science. The iron, copper, steel, and eventually energy and other materials you spend dealing with biters are part of what helps to balance out your base. Without them, I’ve found, you tend to back up on certain materials more than others, especially when playing mods like AngelBob’s. Unfortunately, for many players, dealing with biters can become a constant headache, or even a drain on their enjoyment, and I’ve known many a player who turns them off. A few saves ago I found a method of dealing with them that minimises annoyance while still allowing for the enjoyment of watching countless waves break over your defences: a turret-based border wall. 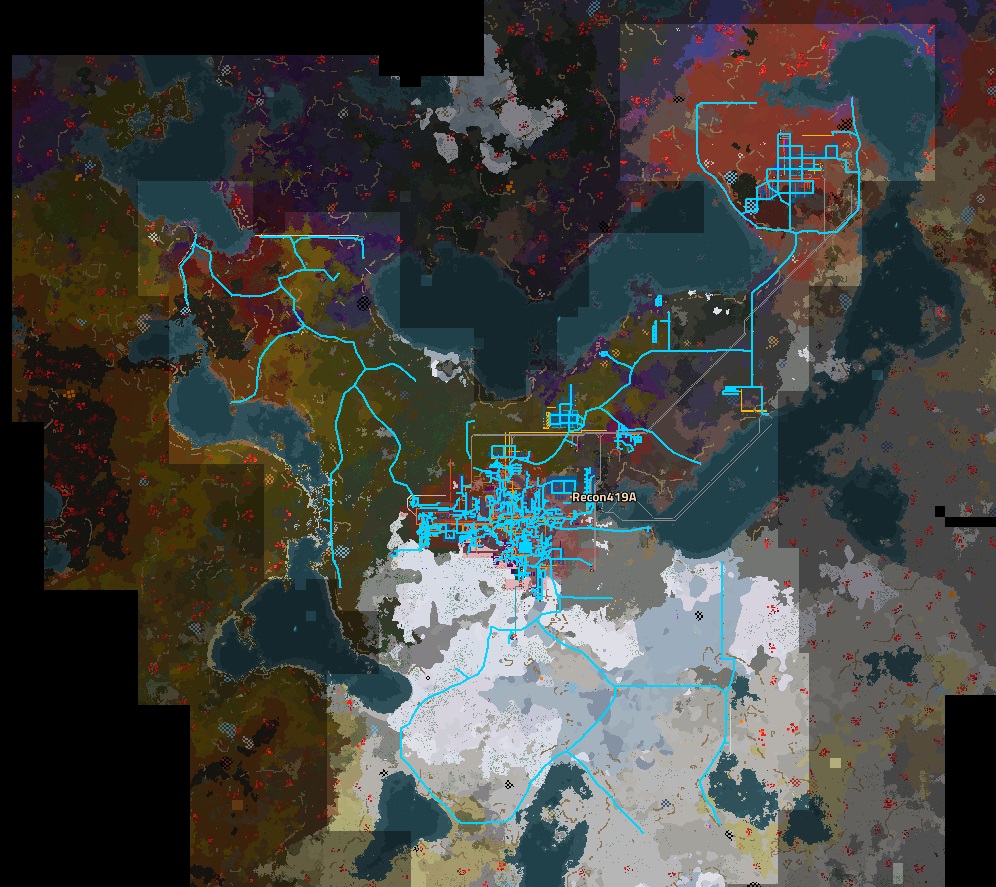 Now, everyone is familiar with the concept of building walls around your factory, and fortifying them with turrets. People will argue over whether lasers, gun turrets, or flamethrowers are best, and if you’re playing mods like Bob’s you might have access to other options such as plasma turrets too. What people often fail to realise though is that the shape of the wall makes a huge difference. In my youth, when I first discovered Factorio, I tended to build walls around places that got attacked, and usually around my entire factory as well. I would build them right at the perimeter—after all, defending farther out than was necessary would be a waste of resources and would force me to clear countless nests of biters. But then I discovered something that changed all that: the magic of the choke point. By using natural cliffs, bodies of water, and the fact that pollution only spreads so far, it’s possible to create a border wall much further out than I originally realised—and not only is it possible, it’s actually advantageous. 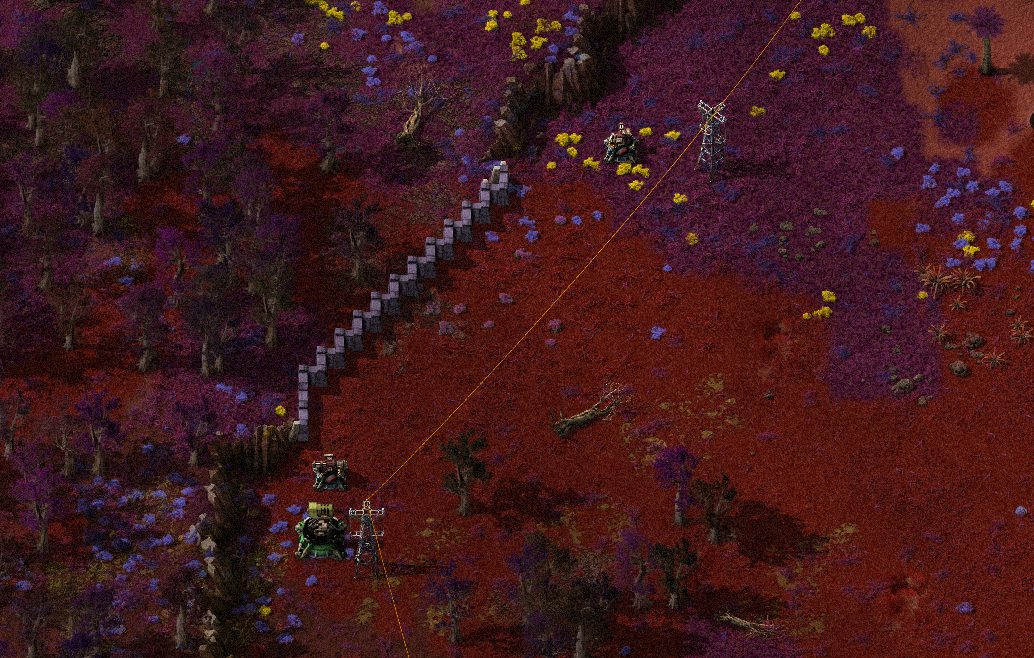 Building a border wall farther out than the edge of your factory has numerous advantages. First and foremost, it allows you to choose where you want to deal with those pesky bugs. If you clear out to a choke point and then hold that choke, you don’t have to worry about attacks from that direction—and if you do this in all directions, you don’t have to worry about attacks at all. Pushing out past your pollution boundary means that bugs won’t even attack these defences: the only thing the turrets are there for is to stop the expansion of bugs into already-cleared territory. By using natural barriers such as cliffs and water to aid your defences, you can cut off swathes of the map using very few resources: I would estimate somewhere between forty and eighty percent of my border wall tends to be naturally-formed, impassable obstacles. With trees and tiles absorbing my pollution instead of biter spawners, I don’t even get attacked very frequently—and this is crucial, because it allows me to throw down a couple of hundred rounds of piercing ammo at a chokepoint and leave it alone for several hours.

The second major advantage of building a border wall this far out is that it doesn’t inhibit your factory. When you need to expand to an iron patch, it’s likely you’ve already got one within your borders. When you need space for a massive oil-refining depot, you’ve got space to do that, because you’ve got three or four times the radius of your factory clear in all directions. Even when you start setting up rails to distant outposts, it’s likely those are—and should be—within your borders, so you don’t have to defend them any more than the border wall already does. Rather than relocating a wall each time you expand your factory, you relocate your wall to claim additional territory, and then expand your factory as you see fit without worrying about attacks.

The science of border walls has changed my life. I used to defend outposts with rows upon rows of laser turrets, struggling to keep them repaired and supplied as bugs did incremental damage. Now, I simply push out to natural chokes and keep them manually supplied with ammo: using only a couple of dozen rounds per hour, such natural chokes survive far longer out past my pollution boundary than they ever could within it. In the late game, when I finally have access to artillery, I even put artillery turrets along my border walls—and this allows me to expand without ever having to clear bugs manually. The slowly creeping wall reduces the amount of damage that I have to deal with down to almost zero—and at the same time, I get to keep bugs toggled on, allowing me to watch as they ever-so-occasionally break against my carefully prepared defences.

The Small Annoyances of Factorio

The most annoying thing about a particular video game heavily depends on the person playing it. For example, I personally feel like cliffs are a devilish idea, while xterminator screams at trains, and someone else complains about misplaced landfill being the absolute worst. So, to answer this question in some kind of scientific way, I’ve polled the Reddit community, asking “What is the most annoying thing in Factorio?” The responses were divided: 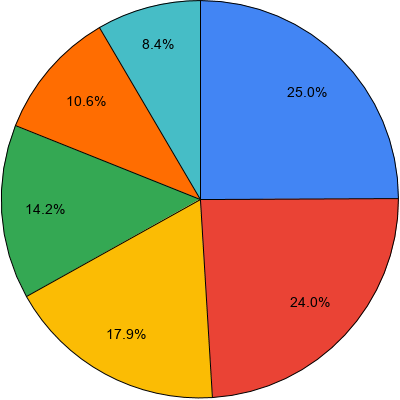 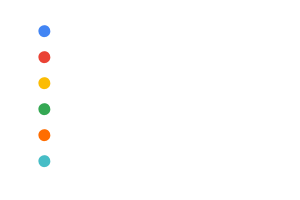 Thanks to everyone who took part in the survey and expressed their opinion. The results show that the most annoying thing for players is “Power poles spaghetti connecting.” This isn’t too surprising to me because many Factorio players focus on keeping their factory in pristine shape by using correct ratios, proper train names, or a main bus design.

The main issue with power poles is that the cable connections don’t get saved in blueprints. So, no matter how pretty they look when you create it, this one little detail will not be retained. This gets more noticeable when you’re at the megabase stage and most of your layouts are stamped down using blueprints. It seems we’re in luck though as kovarex hinted that this pain point will be a distant memory once 1.1 hits.

I also took a look at the most upvoted comments because, while they might have fewer votes than the poll results, they unearth some truth nonetheless. u/Conor_______, in particular, hits upon something that most of us will be familiar with:

Another comment that jumped out to me was u/Mr_Shteeveey bringing up the pain of switching your power armour incorrectly. For those that don’t know, power armour gives you an additional 10-30 inventory slots, and removing it when you have a full inventory causes the surplus to spill on the ground all around you, requiring you to clean it up manually while enduring the shame of what you just did.

Painful things that got removed

Every developer tries to make their game the best on the market. Wube puts in a lot of effort to make Factorio very intuitive and fun to play without having the advanced mechanics suffer. I think many people would agree that it is an “easy to play, hard to master” type of game, because you can start playing without any knowledge and still know what you are doing and what you need to do next.

It wasn’t always like that though. After we took a look at what people find bothersome in today’s Factorio, I thought it would be fun to look back at some older mechanics that didn’t really work out. For one, there was the alien artifacts mechanic that we explored in Alt-F4 #6 and which distracted you from factory building quite a bit.

Another annoying thing were pickaxes. In Minecraft, you need an iron pickaxe to mine diamonds, but you need wooden and stone versions to get to iron in the first place. Factorio was inspired by this idea and also had four different types of pickaxes used to mine higher ‘tiers’ of resources. The wood and stone variants were removed very early on as this type of resource gathering in the early game was just a distraction from the core gameplay.

Iron and steel axes, however, remained in the game for a long time. The iron axe was a short-lived part of your progression path, crafted only once or twice to provide you with your first iron. What’s more is that new players had problems finding, crafting, or using this tool, creating some frustration in the first few minutes you spend in the game. The steel axe on the other hand was with us throughout the whole game, crafted in bulk from time to time. Both of them got removed in the end because they didn’t add much to the game, and mostly confused or annoyed players.

There are many more things like this that got removed over time. Many early access games get a lot of new buildings, mechanics, or enemies over time, but Factorio chose a different path; instead of adding more, they improved what was already there.

If you want to read Wube’s thoughts on this kind of clean up, take a look at FFF 266 which goes into detail about the decisions regarding pickaxes, furnace efficiency, and more. Also be on the lookout for next week’s issue of Alt-F4, in which stringweasel will dive into some more of these for the Nauvis Archives.

No pain, No gain

Factorio has come a long way during the more than eight years of development to be where it is today. Mistakes were made, but the developers didn’t pretend that everything was perfect right away and worked very hard to make Factorio a wonderful game for casual players and veterans alike.

In Alt-F4 #9 we investigated the origins of the name of our planet Nauvis. A correction about the claim that the name is never actually shown in game came soon after publication from IronCartographer. He pointed out that the name does indeed show up in specific instances when using either the editor or playing certain scenarios; instances where it’s possible to have multiple surfaces. Alerts—for example, those which make you aware of your buildings being damaged—will display the surface name in the alert. 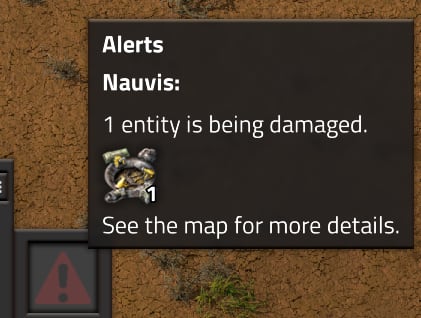 But more excitingly, after this discussion in the Factorio Discord, Wube Community Manager Klonan dug up some never seen before backstory for us:

this is all you get:

And maybe this…
The player, named Alden Winters...

It seems like there were plans for an official Factorio story long ago, and in typical Wube fashion it seems to be very detailed. However, this idea was scrapped and never implemented, which Klonan was glad about in hindsight.

However, if you’re thirsty for some of that juicy Factorio lore, there are several players who have created their own background story about how exactly the engineer got stranded on Nauvis.